Your Beer Brewing Ingredients | All About Malts 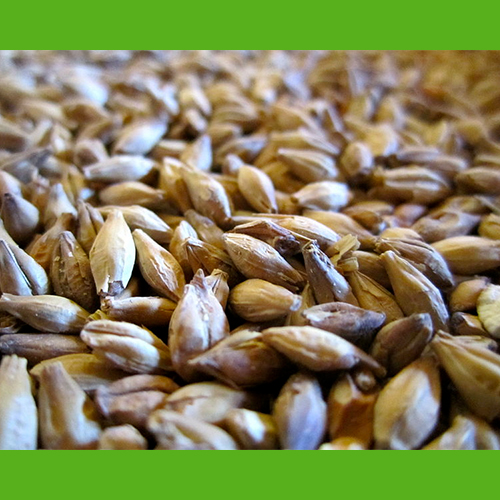 Malts are simply malted grains. Barley is the most widely used grain for making beer, primarily due to the fact that it can give us more sugar than other grains and it also has a natural hull that makes it a lot easier to work with.

Besides barley, we can also make beer with grains like wheat, rye, oats, corn, and rice. These other grains are usually used in addition to a base of mostly barley, and they will add their own particular flavors and character to beer.

How Malts Are Made

Malts — malted grains — are made by letting grains partially sprout and then heating them up in a kiln or oven to halt the germination process before it gets too far along. This frees up the starches in the grain — starches that we, the brewers, can then convert into sugar, which will then be food for our yeast.

Just after malting, the grains are fairly boring. They have a ton of sugar-potential, but very little flavor. If we toast them a little more, the malts start to take on more interesting, caramel-like flavors, but they also start to lose their sugar-giving powers. Think of it like making sugar syrup: At first, the sugar is very sweet but also fairly one-note. Then, as you cook it, the sugar starts turning a darker color and picks up nutty and buttery flavors. Cooked long enough, the sugar will eventually burn and blacken.

Any grains used to make beer that aren’t malted are called adjunct grains. These can be ingredients like flaked oats, flaked corn, or rice hulls. They are primarily used in small amounts to give the beer a particular flavor, color, or other character, but are rarely a core ingredient in making the beer.